On April 22, 2022, CMS took steps to end a yearlong dispute with Texas over the State’s Medicaid 1115 waiver demonstration project and the payment programs Texas has put in place in lieu of a Medicaid expansion under the Affordable Care Act. While CMS’ latest action should provide some welcome breathing room for both Texas and its Medicaid providers, questions remain regarding the funding mechanisms used to support the Texas Medicaid programs.

The Initial Approval and Rescission of the 1115 Waiver Extension 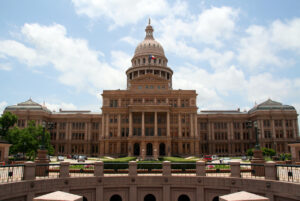 In November 2020, Texas filed an application for a five-year extension of its 1115 waiver demonstration, which was set to expire in 2022. Texas also had a DSRIP program in place, which was ending in 2021, that provided $2.5 billion in increased reimbursement to providers for services to Texas’ uninsured population. As part of its 1115 waiver extension submission, Texas requested expenditure approval for a $500 million Public Health Providers Charity Care Pool (PHP-CCP) to replace part of its DSRIP program. Texas also noted that it intended to submit requests for approval of several State Directed Payments (SDPs) to provide additional funding to make up for the anticipated loss of the DSRIP. After granting Texas’ request to waive the federal notice and comment period due to the ongoing public health emergency, the Trump administration approved a 10-year extension of the 1115 waiver demonstration in January 2021 that included, among other things, expenditure authority for the PHP-CCP. In connection with the approval, Texas and CMS agreed to special terms and conditions (STCs) governing the 1115 waiver extension.

By a letter dated April 16, 2021, the Biden administration notified Texas that it was rescinding approval of the 1115 waiver extension, claiming CMS had erred in waiving the federal notice and comment period. In response, Texas filed a lawsuit in federal district court challenging that decision. Texas asked the court to issue a preliminary injunction (PI) enjoining CMS’ rescission of the approval. The district court granted the PI and also issued a separate order clarifying the standards it would apply in assessing whether to impose sanctions on the parties while the litigation was pending. As a result of the court’s actions, Texas’ 1115 waiver extension, as approved in January 2021, remained in effect, and both CMS and Texas were required to operate in accordance with the parties’ agreed upon STCs.

Approval of the 1115 waiver extension did not result in automatic approval of these SDPs; rather the special terms and conditions (STCs) included provisions governing the process for review and approval of the SDPs. Under this process, Texas and CMS exchanged communications from August 2021 through March 2022 in an attempt to reach agreement on the terms of the SDPs.[1] While this process occurred, payments to the providers eventually ceased when the DSRIP program ended.

CMS initially raised a number of issues relating to the SDPs. To address CMS’ concerns and secure approval of the SDPs, Texas provided CMS additional information and submitted several updated preprints.[2] On November 15, 2021, CMS approved the QIPP and DPP-BHS SDPs; however, CMS still refused to approve the CHIRP, TIPPS, and RAPPS SDPs. Ultimately, both Texas and CMS agreed that the only remaining issue preventing CMS approval related to the state share funding for these SDPs, which, unlike QIPP and DPP-BHS, rely on Local Provider Participation Fund (LPPF) financing.[3]

CMS claimed that a possible private mitigation arrangement among the Texas taxpaying providers participating in the LPPFs effectively guaranteed that all taxpaying providers would be held harmless from the burden of the tax, making Texas’ local provider taxes impermissible health care related taxes under federal law. As a condition for approval of the three SDPs, CMS insisted that Texas either provide attestations from hospitals that no private mitigation efforts existed or show that it was acting to end any such arrangements. Texas refused to concede that the LPPFs were impermissible taxes under federal law. Arguing that neither the state nor CMS could dictate payment arrangements undertaken by private entities, Texas contended that, absent some involvement by the State or local taxing authorities in mitigation agreements, the State’s Medicaid payments alone did not amount to a hold harmless under federal law. After months of arguing on this issue to no avail, Texas urged CMS to approve the preprints to allow payments to providers to resume while preserving its right to review the funding mechanism in the future. CMS refused to budge from its position and continued to withhold action on the pending SDPs.

Having made no headway in convincing CMS to act, Texas sought relief from the district court, petitioning the court to enforce the PI on grounds that CMS was violating the STCs by its ongoing refusal to approve the SDPs. Both parties filed extensive briefs arguing their respective positions on the private mitigation arrangements. On March 11, 2022, the court entered an order granting Texas partial relief. Specifically, the court ordered CMS to issue a decision one way or another on the pending SDPs by March 25, 2022. In issuing that order, the court noted that a genuine legal dispute existed between the parties as to whether private mitigation arrangements result in a prohibited hold harmless guarantee but declined to rule on the merits of the issue, leaving it to be resolved at a later date. Following the court’s order, CMS issued letters on March 25, 2022, approving Texas’ preprint for the CHIRP, TIPPS, and RAPPS SDPs. CMS did not condition the preprint approvals on Texas supplying the information that CMS previously insisted was required to demonstrate the LPPFs were a permissible source of state share; however, the letters did contain a CMS standard “warning” that the preprint approvals did not constitute approval of the underlying financing mechanism.

On April 22, 2022, CMS notified Texas that it was withdrawing its April 2021 letter rescinding approval of Texas’ 1115 waiver extension, explaining that “CMS is withdrawing the April 2021 letter, as CMS has concluded that it is not the best use of the federal government’s limited resources to continue to litigate this matter…. CMS will not re-issue a substantially similar letter or take any future action to rescind CMS’s January 15, 2021 approval of the [Texas] demonstration project based on failure to comply with public notice and comment requirements as set forth in the April 16, 2021 letter.” As a result, Texas’ 10-year 1115 waiver extension and SDPs will continue in effect as previously approved, and payments to providers will resume. Governor Greg Abbott issued a statement applauding CMS’ decision.

The Future of the SDPs and Private Mitigation Arrangements

Despite the recent turn of events in Texas, there is no indication that CMS has changed its position on private mitigation arrangements. In that regard, we understand that the U.S. Health & Human Services Office of Inspector General has already initiated audits in Texas which may eventually result in deferrals and/or disallowances relating to the LPPFs and possible modifications to the funding source for the SDPs.

We are continuing to monitor the Texas situation carefully, as well as CMS policy in this area, for any potential impacts on our clients.

[2] The Texas preprint submissions are available at: https://pfd.hhs.texas.gov/provider-finance-communications.

[3] Since 2013, Texas has used local health care provider taxes as the non-federal share of Medicaid funding for multiple state directed payment programs. LPPFs, which are key components of the local tax programs, are accounts into which the local taxing authorities deposit mandatory payments from hospitals to use as intergovernmental transfers (IGTs) to Texas’ Medicaid agency. The Medicaid agency then uses the money transferred from the LPPFs as the non-federal share of Medicaid funding. Texas is using these LPPF IGTs to fund the CHIRP, TIPPS, and RAPPS SDPs.