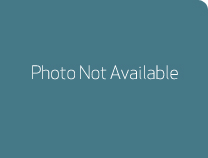 John McCarthy provides guidance to the firm and select client engagements using his expertise in the areas of Medicaid, health policy, and managed care programs.

John was the Director of the Ohio Department of Medicaid (ODM), Ohio’s first cabinet-level state Medicaid agency. Through its network of more than 75,000 active providers, Ohio Medicaid makes coordinated, person-centered care available to residents in all regions of Ohio. The department became a cornerstone of the healthcare transformation in Ohio. John and his team implemented a series of innovative policy initiatives that modernized the Medicaid program by improving the quality of health services at a substantial value to Ohio’s taxpayers.

Prior to overseeing Ohio Medicaid, John served as Medicaid Director for the District of Columbia. He also spent ten years with EP&P Consulting, where he worked with many states, including Ohio, to help reform their Medicaid programs through home- and community-based waiver programs, new coverage initiatives, and rate setting.

John was also the Vice President of the Board of Directors for the National Association of Medicaid Directors from 2015 to 2016.