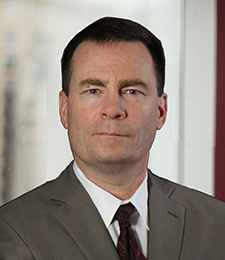 Scott provides high-level strategic advice to clients in the areas of Medicaid financing and in the development of strategies to drive value in the health care system, including Medicaid managed care. His areas of focus include business development, state government affairs, lobbying support, Medicaid reimbursement, health care reform, strategic planning and Medicaid policy.

Scott has over 25 years of health care experience including commercial and public-sector health insurance programs, with particular expertise in Medicaid programs. He started his professional career on Capitol Hill serving as a Congressional Aide and/or Campaign Director to two former Members of Congress from New Jersey.

Scott also served as the Director of the Office of Government Relations for the New Jersey Department of Health and Senior Services, where he coordinated all health care-focused state legislative affairs for former Governor Christine Todd Whitman, including the passage of the NJ Healthcare Quality Act, one of the first patient protection acts in the United States that regulated the managed care industry.  During this time, he testified before the state legislature on numerous bills regulating the health care industry, including NJ hospitals and the NJ charity care/DSH program.

After several years serving health care industry clients in the Healthcare Public Affairs Group at Hill and Knowlton in Washington, DC, Scott served for six years as Vice President of State Government Affairs at Coventry Healthcare and its subsidiary, First Health Services. In this capacity, he managed a network of state lobbyists around the country to help the company win and implement Medicaid management initiatives, including Medicaid pharmacy management programs, Medicaid fiscal agent contracts and utilization management programs.

Scott has been a resident of New Mexico since 2013.  Prior to joining Sellers Dorsey in March of 2016, he was a registered lobbyist in Santa Fe, NM, where he represented the interests of several health care industry clients.  He was also an active supporter of the successful gubernatorial campaign of Michelle Lujan Grisham, who was elected Governor of New Mexico in the fall of 2018.